The area occupies the SE slopes of Mt Voras up to the border of Greece with former Yugoslav Republic of Macedonia (which occupies the NW slopes of the mountain).
Mountain slopes are relatively smooth, with the exception of the rugged gorges in Loutraki area. The area is characterized by great variability of geological substrate, comprising of gneiss, schist, limestones, and ophiolites. The fairly large and secluded mountainous and densely forested area together with the neighbouring sites Tzena -Pinovo and Paiko, form a continuous mountainous curve around the plain of Aridea.
The site is covered by continuous forests, deep valleys and pastures characterized by great variety of habitats unfragmented by human activities. Important characteristics are: A Pinus peuce forest and localities with Quercus trojana relicts (found mainly on the west part of the site and on the west slopes, in Florina prefecture), two habitats with very limited distribution in Greece.

The active bog of Kali Pediada, the largest of its kind in Greece and with a variety of rare plants and birds of prey.

The abandoned cultivations of aged chestnut woods, cherry- and apple trees, and cereals, scattered among the forest and forming a landscape mosaic and an important wildlife habitat. 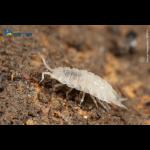 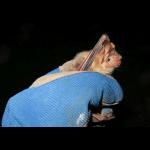 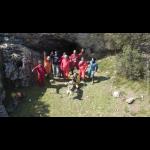