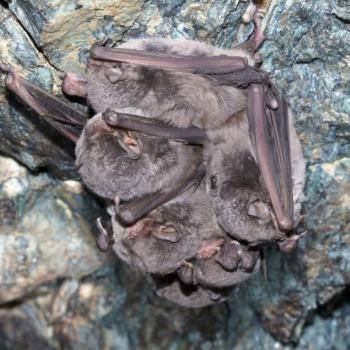 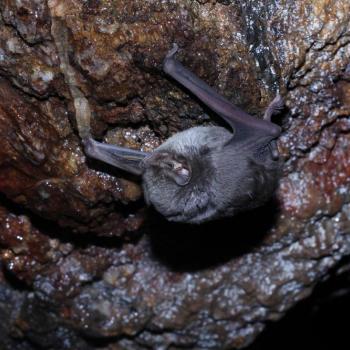 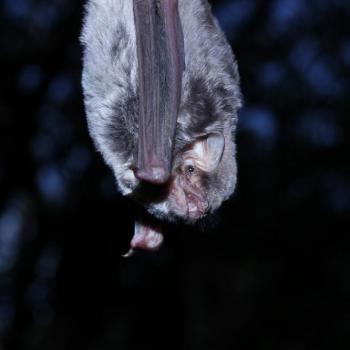 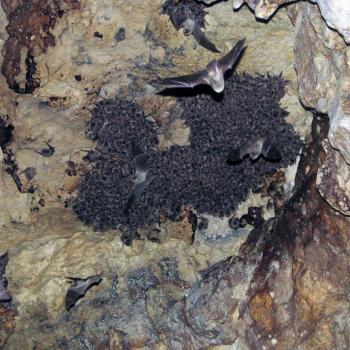 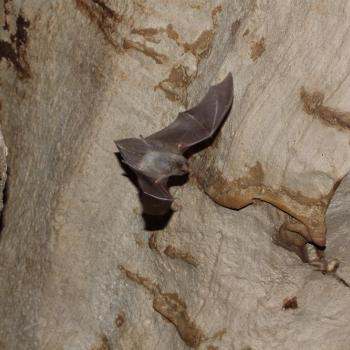 It is a relatively small species with wingspan 30 to 34 cm and weight between 9 and 16 grams. It has short, square ears and a very small round tragus. The forehead is domed and its hair stand almost upright. The wings are narrow and long. The fur of the back is grayish-brown, while the belly is lighter in color.

M. schreibersi ranges throughout the European countries south of the Alps and the Carpathians, but also in the Mediterranean zone of Morocco, Algeria and Tunisia. It is present in many Mediterranean islands and in Turkey, the Caucasus and the Middle East.

This species has been found in all geographical regions of Greece (except the Cyclades where it is probably present), including several islands (Crete, Dodecanese, Sporades, Ionian Islands).

It is found in a wide variety of habitats, mainly in forest areas and near caves where it usually roosts. It also forms colonies in mines and more rarely in human structures (cellars, bridges, buildings, etc.). Some colonies (both reproductive and winter ones) number tens of thousands, but much smaller numbers are common.

Its long wings allow it to fly fast (up to 55Km/h), but when needed it can maneuver steeply with the help of its wide tail membrane. It hunts its food under the foliage of trees, over waterfalls, but also around street lights. The maximum recorded age is 16 years.

It mates in autumn and fertilization takes place immediately (not in spring, as in most chiroptera), but implantation takes place after hibernation. Usually a small one is born in June or mid-July.

It feeds mainly on small moths, neuroptera and diptera.

It is included in Annex II of the Bern and Bonn Convention and to Annexes II & IV of EU Directive 92/43. It is also protected by UNEP/EUROBATS and, in Greece, the Presidential Decree 67/81. It is considered to be a Near Threatened species worldwide (IUCN) and in the Red Book of Threatened Animals of Greece, as it forms large colonies and therefore the degradation of its roosts endangers entire populations.

Bats of the genus Miniopterus were considered members of the Vespertilionidae family, but morphological, physiological and genetic studies have shown that they are quite different and form a separate family, the Miniopteridae.