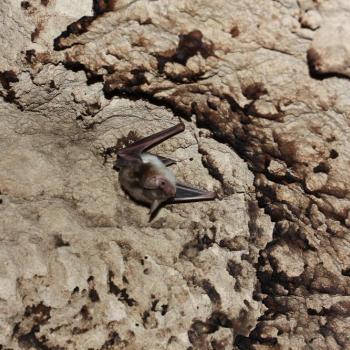 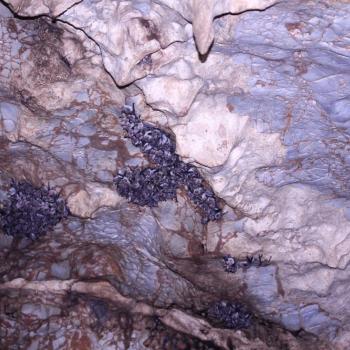 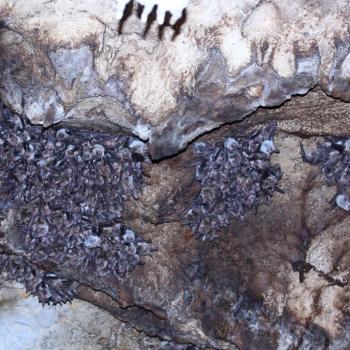 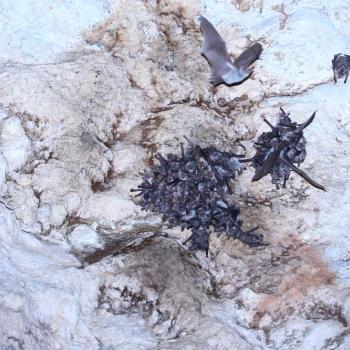 The Lesser mouse-eared bat is a medium-sized bat with quite large ears. It is morphologically similar but smaller than M. myotis. The nose and ears are also shorter and narrower, but the distinction from M. Myotis is extremely difficult. The wingspan varies from 30 to 40 cm and the weight from 19 to 26 grams. The fur on the back is brownish-gray and the abdomen distinctly off-white. Often the fur between the ears has a pale spot.

It occurs in Portugal and all Mediterranean countries of Europe, up to the south of Czech Republic, Slovakia and Ukraine to the north, continuing east to northeast China. Some researchers place its populations west of Anatolia to the distinct species Myotis oxygnathus. It has been found in a large number of locations throughout Greek mainland, Crete and in many Aegean and Ionian islands.

It is usually found in open areas, sometimes on the outskirts of forests, but avoids forests where the Greater mouse-eared 'replaces' it. In Greece, it forms colonies almost exclusively in underground shelters (caves, mines, etc.). In Crete, during winter it is found only in mountain caves (over 1000m), where it spends the winter. Its winter shelters in the rest of Greece are largely unknown.

Myotis blythii flies flexibly at low altitude above the ground and near the plants and often performs dives to catch its prey from surfaces. It often detects its prey from the sound it produces as it moves. It can fly up to a few tens of kilometers away from its shelter in search of food.

It mainly feeds on crickets, diptera, beetles, locusts and mole crickets. In the Mediterranean, it also feeds on mantises and lepidopteran caterpillars.

Females give birth in May or June to a single young. In Greece, breeding colonies in caves are usually mixed with other species (genera Rhinolophus, Myotis and Miniopterus) and number up to several hundred females. The colonies disperse in August, when mating begins. The maximum age recorded to date is 33 years.

It is included in Annex II of the Bern and Bonn Convention, as well as Annexes II and IV of EU Directive 92/43. It is protected by UNEP / EUROBATS and, in Greece, by the Presidential Decree 67/81. It is classified internationally by both IUCN and Greece as a species of Least Concern, and although it is significantly threatened by cave tourism, the collapse of abandoned mines and the general degradation of its shelters, as well as the use of agrochemicals, it is widespread and relatively abundant.