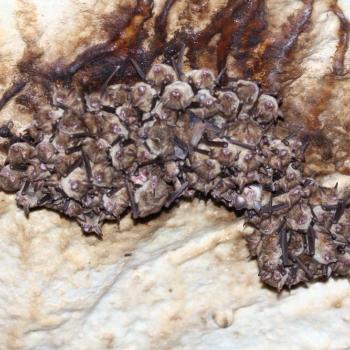 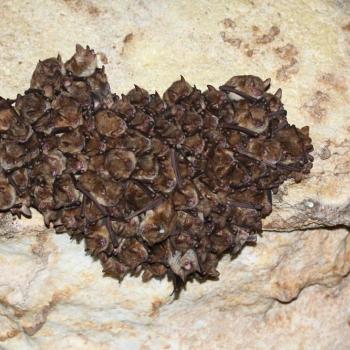 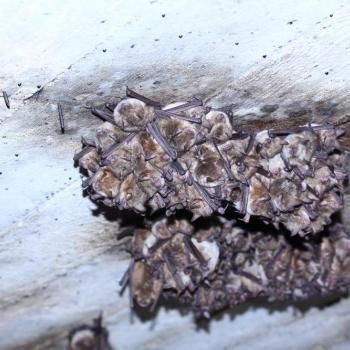 Myotis emarginatus is a relatively small bat, with 6-9 grams weight and wingspan between 22 and 25 cm. The long hair gives the impression that it is 'disheveled' and is typically reddish on the back and yellowish-brown on the belly. Its ears have a notch, forming an almost right angle to their outer border and the lobe is granular. Compared to the similar M. nattereri, the spur is straight and shorter and the tip of the uropatagium is covered by short soft hairs.

It ranges throughout the Mediterranean and Central Europe up to Belgium, southern Holland and southern Poland to the north. To the east it has a fragmented distribution as far as the Himalayas and southern Iran, and is also found in northwest Africa. It is common in Greece, as it has been reported in several locations throughout the mainland, as well as in Crete and in the islands of the Aegean and Ionian Sea.

It prefers (mainly) broad-leaved forests with a variety of micro habitats, steppe - like environments and scrublands, but also livestock areas, where it hunts for insects. To the south of its distribution, including Greece, it forms colonies mainly in caves and mines (all year long), rarely in buildings and caverns.

Geoffroy's Bat hunts near the vegetation, at the edge of the forests and among the crowns of the trees, collecting insects over the leaves. At the stables it catches flies from the ceiling and the walls. The maximum known distance between hunting areas and summer roosts is 12.5 km.

It gives birth to a small one, from late May to mid-July. Some females mate from the first fall. Breeding colonies use a network of neighboring roosts and often number 20 to 500 females, sometimes up to a few thousand, which also include some males. In Mediterranean areas, including Greece, they are usually found in caves along with other species (genera Rhinolophus, Myotis, and Miniopterus). The maximum known age is 18 years.

It mainly feeds on spiders, opiliones (harvestmen), diptera, neuroptera and lepidoptera, much less on coleoptera and hymenoptera. Flies of the genus Musca constitute the major percentage of residues in the feces of individuals fed on stables.

It is included in Annex II of the Bern and Bonn Convention, as well as Annexes II and IV of EU Directive 92/43. It is protected by UNEP / EUROBATS and, in Greece, by the Presidential Decree 67/81. It is classified internationally by IUCN in the category of Least Concern. In Greece, it is classified as Near Threatened because, while it is widely spread, it is highly dependent on caves and other underground habitats and its populations are rather fragmented. At the northern end of its distribution, populations have declined significantly due to the loss of its hunting habitats and the use of agrochemicals, while the fragmentation of the landscape due to road construction is an equally significant threat. It is also threatened by the tourist exploitation of caverns and in general the nuisance in underground roosts.