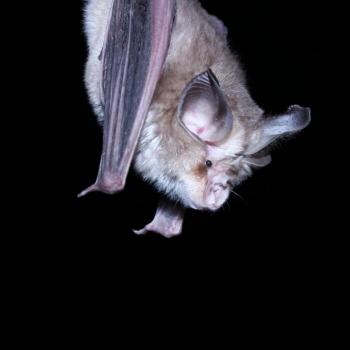 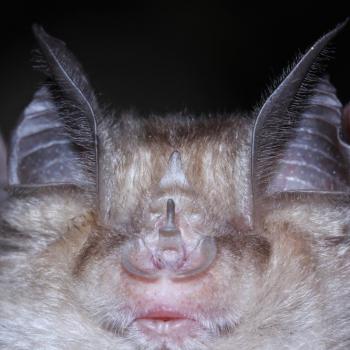 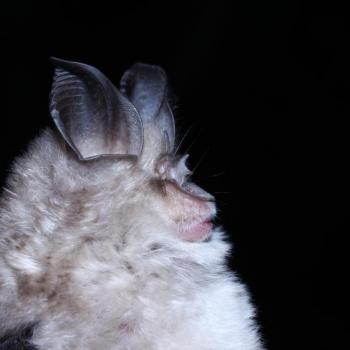 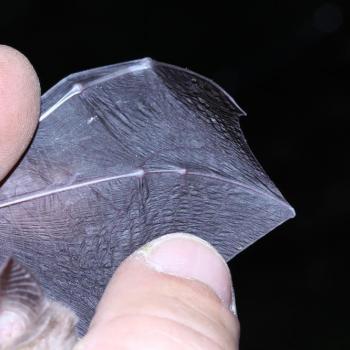 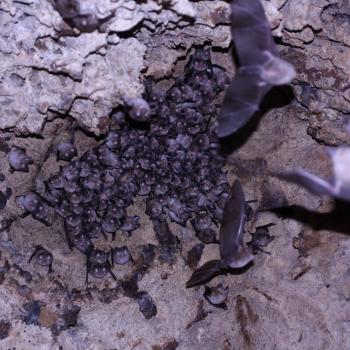 It is a medium-sized bat, smaller than the similar Rhinolophus mehelyi, with wingspan up to 32 cm and weight from 9 to 14 grams. The fur of the back is brownish-gray or brownish red and usually differs slightly from the grayish (sometimes whitish) abdominal hair. Its eyes are slightly hidden behind the horseshoe, while the upper protrusion of the saddle is pointed and slightly curved downwards. At the fourth finger the first phalanx is less than half as long as the second, in contrast to the similar Rhinolophus blasii.

It occurs in all countries of the Mediterranean (including some islands), except Libya and Egypt. It is present in all Balkan countries, while an isolated population is found in Slovakia and Hungary. It is also found in a zone between the Caucasus and the Persian Gulf and on the Iranian border with Turkmenistan.

In Greece, this species has been found throughout almost the mainland and few islands. Probably its distribution in our country is wider.

It prefers wooded areas, as well as tree crops, usually in karst areas with low or moderate altitude (below 1000m). Both winter and breeding (summer) colonies are usually formed in caves and (outside limestone areas) mines. At the north of its distribution it usually gives birth in buildings.

Its colonies rarely exceed 1000 individuals. They usually form dense clusters with other Rhinolophids, but also with species of the genera Myotis and Miniopterus. It chases its food across forests or over trees, but its extremely flexible flight allows it to hunt also amidst dense vegetation. Sometimes it hangs from perches and scans the surroundings for passing insects. It hunts within a radius of several kilometers around its roosts.

Females are reproductively mature usually after their second year and give birth in mid-June or July to a single newborn, which becomes independent after approximately 4 weeks. The maximum recorded age is 13 years.

It feeds mainly on small moths, but also on diptera (family Tipulidae) and small beetles.

It is included in Annex II of the Bern and Bonn Convention, as well as to Annexes II and IV of EU Directive 92/43. It is also protected by UNEP/EUROBATS and, in Greece, the Presidential Decree 67/81. Due to the significant decline of its population in many countries it is considered worldwide as Nearly Threatened (NT) (IUCN). The Red Book of Threatened Animals of Greece has a similar classification, as few (and sensitive) large colonies are known. It has suffered dramatic population declines in France and Slovakia, probably due to the nuisance in its shelters and the use of agrochemicals.